This morning, I had to take a bus and two trains to get from Dingle to Limerick. It was an early morning, and I guess I wasn’t quite awake, because as I was about to board the first train, I realized that I had left my large duffel bag on the bus! I raced across the parking lot to the bus station and told the attendant what I had done. She told me that this bus had already left to it’s next route, and so there was no way they could retrieve it until it came back to the Tralee station.

This is horrible! Now I only had the clothes I was wearing, and in my pursuit of the silver lining, I was thankful that I had my money, credit cards, and passport in my backpack, which I hadn’t left behind.

Then the attendant told me to cross over to the management office and give them a description of the bag, and I told her that it probably wasn’t worth it because I’m not finished up in Tralee I would be going to Limerick. She then told me that there was no way they’d send the bag to meet me.

I crossed the street, hoping that she didn’t give me the correct information. When I got to the office, I explained my predicament. A manager told me he’d be right back, and he walked over to a bunch of busses, leaving me near the office.

All of a sudden, the angels started singing and he came back with my duffle bag! The attendant was wrong. The bus hadn’t left, was just moved to the other side of the parking lot! I told the manager that he is my new best friend. He laughed at me, but I think it wasn’t a, “you’re funny” laugh. It was more of a, “bless your heart” style of laugh. I thanked him and ran back across to the train station, boarding my train about a minute and a half before it left the station.

Now I’m in Limerick. This is a cool city! I was slightly worried because the clerk at the Dingle hostel told me that Limerick was boring and I should have gone to Killarney instead. I’m glad he was wrong, but then again, it doesn’t take much to entertain me. Dinner was at Cornstore, which is a restaurant that I also at at when I was in Cork. Apparently there’s two locations. The Cork version was incredible (albeit a little overpriced). I thought I’d give this one a try. Amazing! 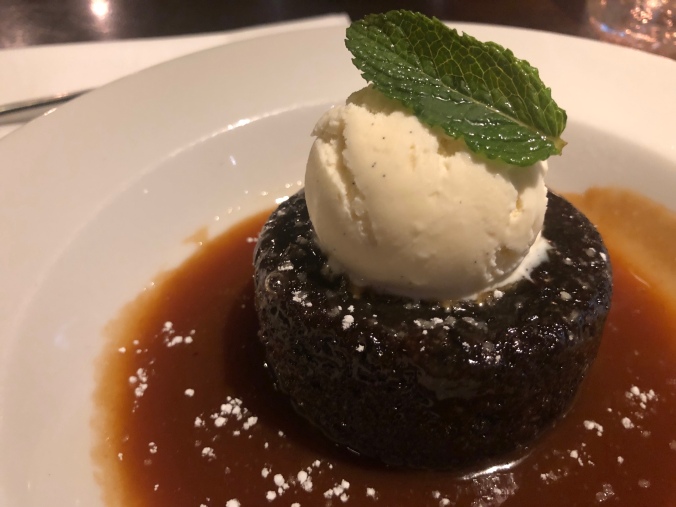