This morning was great! I had time to run around in New York City for a few hours. Last week, when I realized this was a possibility, I knew I wanted to go get breakfast at Bubby’s, located in Tribeca and home of some darn good sourdough pancakes!

During work yesterday, I really talked this place up to the other two flight attendants. After all, another coworker had told me about Bubby’s, and I feel the best thing to do is pay it forward by spreading the culinary love. I called Kristel, my coworker, and told her she had 20 minutes to get ready. I tried getting ahold of our other flight attendant, but she didn’t answer her phone. Her loss.

Kristel had her mindset on taking the train over, but I didn’t want to take an hour-and-a-half getting there. I talked her into splitting an Uber fare with me. It was perfect! Our driver was amiable and was able to drop us off right in front of Bubby’s.

We sat down, and the very first thing I said to our server was that we’d be having the sourdough pancakes. She told us that they no longer made them! I’m generally not a colossal sourdough fan, but these were something different! It was nice when I voiced my opinion, and she told me that she would grab me a comment card. A FREAKIN’ COMMENT CARD? I had to settle for some sort of pulled pork, eggs benedict meal, which, although very delicious, just wasn’t my sourdough pancakes. 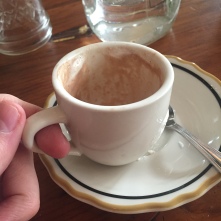 Soon we were joined by Thomas, one of Kristel’s childhood friends from Texas- she hadn’t seen him since about the first grade. Thomas is a very nice guy who now lives on the upper west side and works in Manhattan real estate. I told him that I’d have him find me a pied-a-terre someday. I heard that word in the movie Baby Mama and always wanted to use it in a sentence. I’m not even sure what that is. 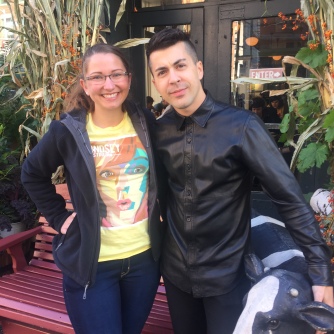 Thomas walked with us to find a good shopping area (I needed to buy a new coat- all I had was a jacket that was part of my Flight Attendant uniform), and on our way, we took us by the firehouse that was used in the movie Ghostbusters back in the ‘80s. Way cool!

We stopped at one store, and the jacket I wanted to buy cost $220 (eeeeek)! I was actually tempted to get it, but thank goodness they didn’t have one my size. We left and soon found an H&M where the prices were much more reasonable. I ended up purchasing a wool coat and scarf for a lot less! 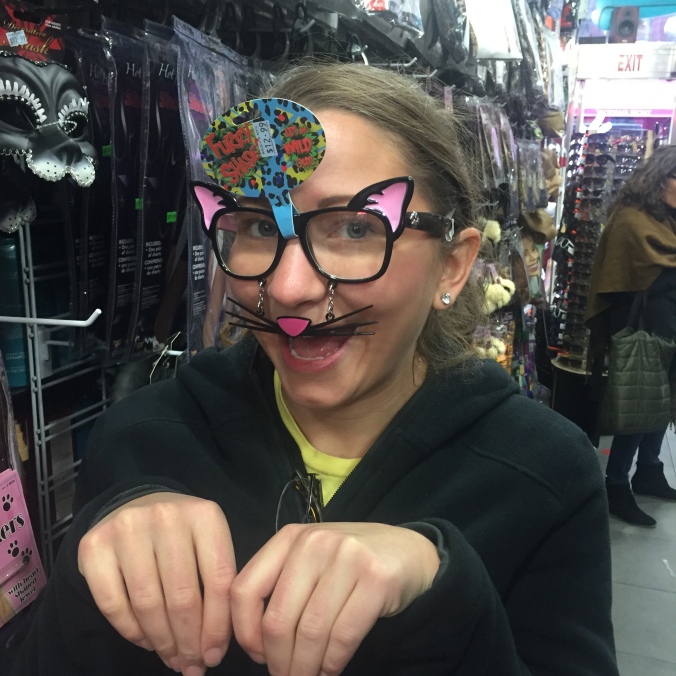 Thomas had to get to work, so he left us to explore on our own. We walked around for a couple hours until working up an appetite for lunch. Naturally, we ended up at my favorite restaurant in the city, Morandi. Seriously great Italian food! A trip to NYC without eating there wouldn’t be half as nice!

We got back to our hotel just after 14:00. I managed to take a pretty awesome hour-and-a-half nap before having to get up and get ready. We only had to work one leg from Newark to Denver, and all except one of our passengers were extremely kind. I’m not going to bash the one guy who seems to have some personal issues. Bless his heart.
This afternoon I happened to run into one of my friends from my days at Utah State University! I was walking in the terminal, and I heard someone call my name. I turned around, and it was Allyn Shaw! I haven’t seen that boy in about 13 years or so! He looked good! I should have gotten a picture with him but didn’t think about it until later.

Tonight I’m back at the crashpad. We have a houseful of roommates, so I guess that means I will get little-to-no sleep tonight. That is usually the case with a houseful of young flight attendants who don’t know how to share a house with others. I don’t have work tomorrow, so maybe I’ll drug myself! I think I have some expired Zzzquil in the drawer.