Show Notes: 07.21.21 – 04.28.21 I’m working one flight to Boston and then back to Denver the next day. Then I road trip with Jeff, Dawn, T-bug, and K-bug for Russ and Darrien’s wedding! Then it’s off to Salt Lake City for a quick trip to visit the folks’. Next, I’m back at work where I get a surprise visit from my sister Karen, my niece Annie, and my great-nieces Missie and Pepper (whom I’m meeting for the first time)! This was my first time not only on a PWM overnight, but my first time to experience the state of Maine (bucket list items #74 and #99 are one step closer to being accomplished!

It was time to commute to Denver since I had an early A.M. trip on Monday. Apparently, one of our flight attendants had gotten very sick and started throwing up after the passengers had boarded the plane. When I approached the customer service desk to get my boarding pass, the agent asked if I’d be willing to work a flight out of Salt Lake City. I told the agent that I was happy to help but wouldn’t be legal for it. After working six days in a row, the F.A.A. requires that we rest for 24 hours. Since I was about to work six days in a row, this wasn’t going to work. The only way this could be if my work scheduling department were to change my trip.

Wouldn’t you know it? As I was saying this to her, my phone rang. It was scheduling. I answered, and they asked if I would work that flight to Chicago, and they would adjust my trip so that everything was legal. I told them I would but didn’t have time to check my assignment before boarding the plane. After all, the passengers were already boarded and now late. I boarded the plane, stowed my bags, and we were off. I thought that my new assignment was to work to Chicago, and then they’d either work or deadhead me back to Denver to start my trip the following day. It wasn’t to be. When we landed at Midway, I checked my assignment. I was to work for another flight that night to Boston.

Usually, stuff like this only happens if I’m excited to get to a particular layover. Somehow the powers that be, scheduling, and even the weather, knows when I’m excited to be somewhere, and it seems that that’s when I get some kind of reroute. It’s just the way things go (sometimes).

I’m looking forward to my next trip day-after-tomorrow. Hoping for smooth flights, and if I am rerouted, I hope I get a great destination.

It can be something as simple as placing my phone or wallet in the wrong pocket. When this happens, it sometimes feels like someone kicked me in the gut. I may as well have been robbed at gunpoint. I’m pretty sure that it would think about the same.

This morning, as I was stowing away my bags on the plane in Boston, I realized that my backpack was missing. I was overcome with that instant panic. At first, I wasn’t sure where I had left it. My guess was that I had set it down when I’d come through security. I told my captain that I’d be right back and ran as fast as possible through the airport, back to the security checkpoint. I then discovered that nobody had seen a bag left behind.

That was horrible! I figured that I had left it back at the hotel! All of a sudden, I’m incredibly thankful for two things. The first is that we stayed at a hotel that is right next to the airport- I wouldn’t need a cab or a shuttle to get me back there. The second is the fact that my first flight was only booked to 37 people. This meant that I just might have time to sprint all the way back to the hotel, find the bag, and make it back to my plane before it was too late. It might be possible.

Let me tell you this- if you would have been inside Boston’s Logan Airport this morning, you would have seen the absolute fastest mad-dash out of the airport and to the hotel. I can only imagine that I had a look of dread on my face. Here’s the thing: As a flight attendant, if I am the cause of a delayed flight, that could result in disciplinary action, which could turn into suspension or worse. I’m over 12 1/2 years into this career, and I don’t plan on retiring anytime soon.

Now you’re beginning to understand why I was in such a hurry to find my bag. A bag, which by the way, contained my electric flight attendant manual, an item that I’m illegal to fly without. Not to mention my personal iPad, laptop, and wallet. If I’d have left any other bag, it wouldn’t be the end of the world- Walmart can provide most of what I need when I’m on a work trip.

I get to the front desk, show my i.d., and ask for another room key. I make it to my room on the 5th floor, only to find out that my missing bag isn’t in there. I run back down to the desk clerk and ask if any black backpacks have been turned in. She calls security, they tell her they have my bag! I’m so thankful, but now, as I’m waiting for them to bring my bag, I’m looking at my watch. The time was now two minutes past when I was supposed to be on the plane to start boarding.

I realize that it took longer for security to bring me my bag than it took me to run from the plane- all the way back to the hotel. I’m relieved that the bag is on its way but very worried I’m about to cause my first delayed flight. My mind starts to wander- I’m wondering which airlines are hiring right now if this all goes from bad to worse. British Air or Emirates would be a blast! Delta would let me be based in Salt Lake City or Seattle- now there’s an idea! Finally, my bag arrives, and now comes another sprint back to my plane.

I made it back to the plane about 15 minutes late, but with plenty of time to board 37 passengers and still push back from the gate early! I am incredibly grateful that a potentially harmful situation was avoided and that I made it back with time to spare! Sometimes I’m such an airhead!

Tonight I ended up at Dulles International Airport and am staying in Herndon, Virginia. I just finished some fish tacos (pretty good, not great) and am looking forward to a night of deep sleep. Before I nod off, I thought I’d talk about another item on my bucket list.

Coming in at number 16 on the list is to attend a circus. I’m not sure how or when this will happen since most U.S. circuses are now gone. I’m not sure if it’s an animal cruelty thing, but I think this would be cool to have this experience. Perhaps I’ll have to attend a Cirque Du Soleil event and call it good. Or maybe they still have traveling circuses in Europe? Time to do some research!

I just had an early dinner at NoName, a pretty good seafood restaurant on the Boston Fish Pier. According to the internet, this restaurant has been around since 1917. The food was pretty good. I had the fish chowder, followed by a seafood plate consisting of oysters, scallops, shrimp, scrod, and french fries. 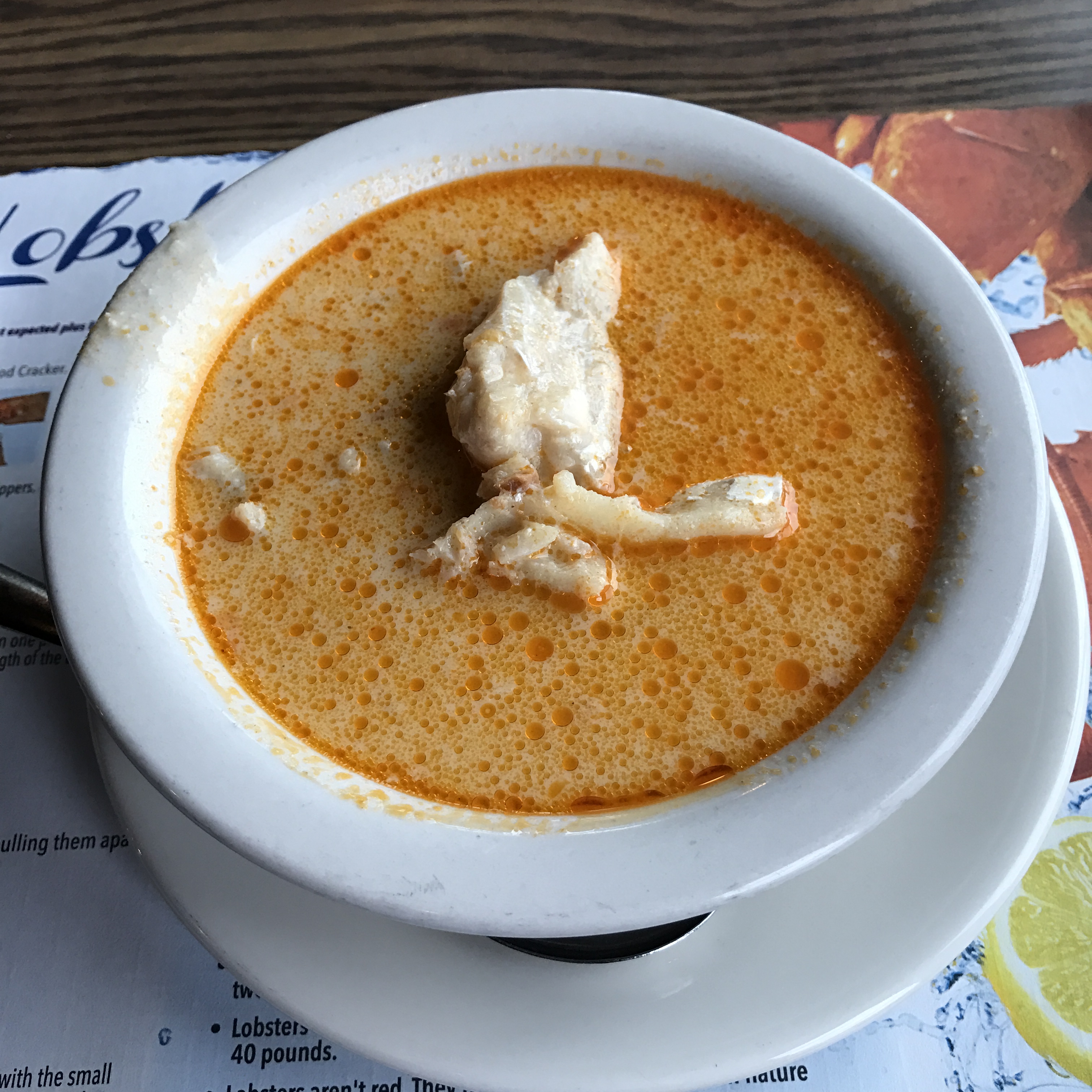 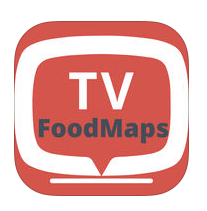 The real thing I want to tell you about is the TV FoodMaps app. This app is incredible (and is how I found out about NoName)! It is a database of so many of the restaurants that were featured on shows like “Diners, Drive-ins and Dives,” “Food Paradise,” “Eat Street,” and more. You can search by a particular city or even do a local search in the area you’re currently located.

I haven’t used it many times because I keep forgetting that I have it on my phone. Hopefully, I’ll remember to check it out in future travels.

Our flight was scheduled to leave at 0815. After the passengers boarded and we were ready for pushback, our captain got on the P.A. to inform us that some kind of indicator light was broken. This meant that we’d have to call contract maintenance over to take a look. We all crossed our fingers that it would be a simple fix. As it turned out, it wasn’t an easy fix at all.

About half an hour later, the mechanic informed us that the plane would be out of commission until he could get the necessary part flown in from Dallas to fix the problem. We now had to deplane all the passengers and wait for another plane to be available. It took about 3 hours to get the needed part from Baltimore, rather than Dallas, and another 2 hours to be fixed. It ended up being about a 6-hour delay when we boarded the same plane, pushed back from the gate, de-iced, and flew a close-to-five-hour flight to Denver.

I’m thankful for the fact that this is an A.M. trip. If this had happened later in the day, we would have been stuck an extra night in Boston, and my work’s scheduling department would have had to pull my next trip, and I’m really looking forward to that one. I’m also thankful that all of the passengers were extremely nice to us other than one rude man. Sometimes passengers tend to blame us for things out of our control since they need to blame somebody present.

Every other passenger understood that this wasn’t our fault and that we had places we needed to be just like them. The rude man I’m referring to came to the front galley, just before we were getting ready to leave and told me (in a very grumpy tone) that he was agitated because not only was it his wife’s birthday, but they were going to be late for their dinner reservations in Denver. I wanted to say something very sarcastic to him but held my tongue. All I could do was apologize for something that was 100% out of our control.

I’m happy to be lying in bed at the crashpad and am about to drift off to sleep. Even though I only had to work one leg, that long wait this morning has caused me to be extremely exhausted. Tomorrow I’ll rest and get ready to fly again on Monday.

The weather forecast says it may continue to snow into the night and again in the early morning. Unfortunately, this won’t be enough to leave us stranded here. I would love to be stranded! Years ago, this happened to me twice in one season- both times, I happened to be in Providence, Rhode Island at the time. Nasty storms had swept through Baltimore, Maryland, and since I was based there, the closed airport kept me from getting back. Stranded pay is very, very pretty on my paycheck! Maybe I would have gotten my wish had I been here two or three nights ago.

If it weren’t for the cold, I probably would have ventured into the city. I’m not afraid of the harsh temperatures, but I didn’t really bring a large enough jacket with me. Boston is one of the many cities I need to explore. The only time I’ve been to this city was when I was very young. All I remember is visiting the North Church, and I think I recall some statue of Abraham Lincoln that had a shiny nose. The shine was because tourists like to rub the nose for good luck. Maybe we were somewhere else, though. I’m not quite sure.