Today was an incredibly great day! Not only am I on a great trip with a fun crew, but we happened to have an overnight in Salt Lake City. Often when I end up here for work, I will drive home and sleep in my own bed- nothing like getting paid to relax at home. Today was different, however. Since it’s Christmas time, I felt the need to head down to Temple Square and walk around in the beautiful lights. I won’t be back home again until the new year unless I happen to trade into another SLC overnight. This is one Christmas tradition that I look forward to every year! 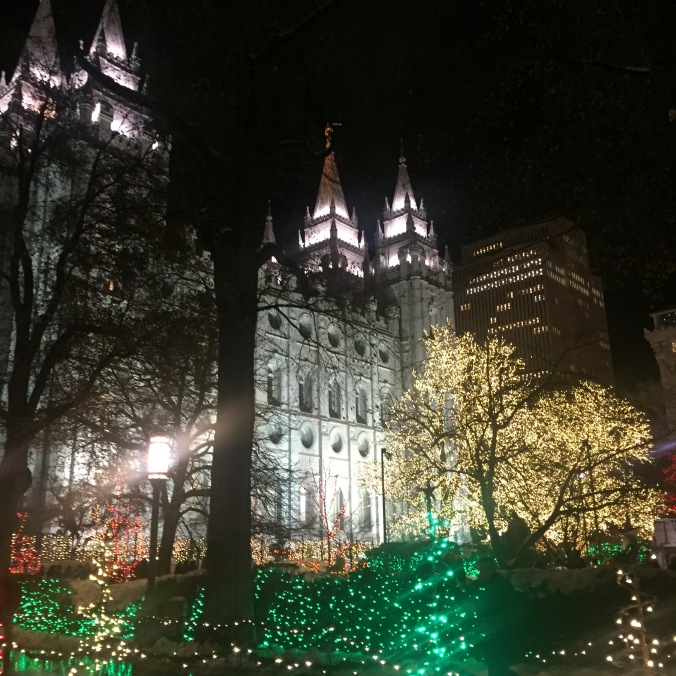 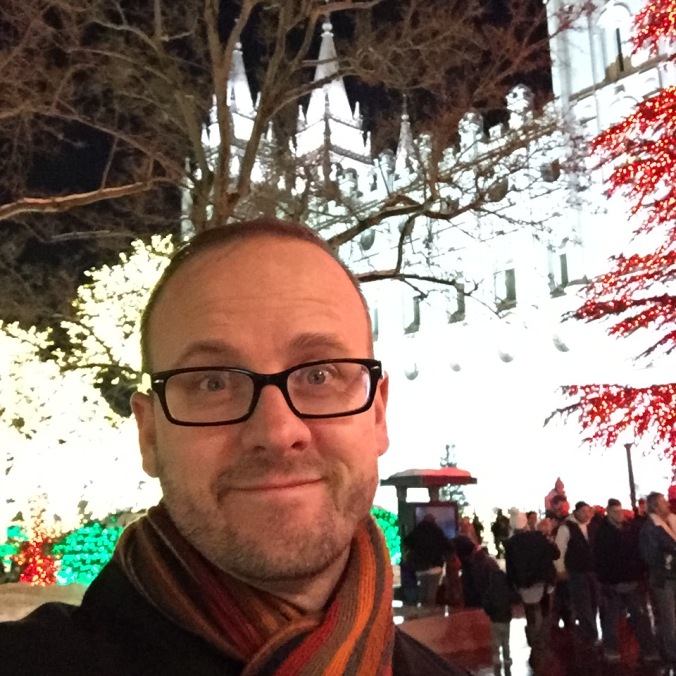 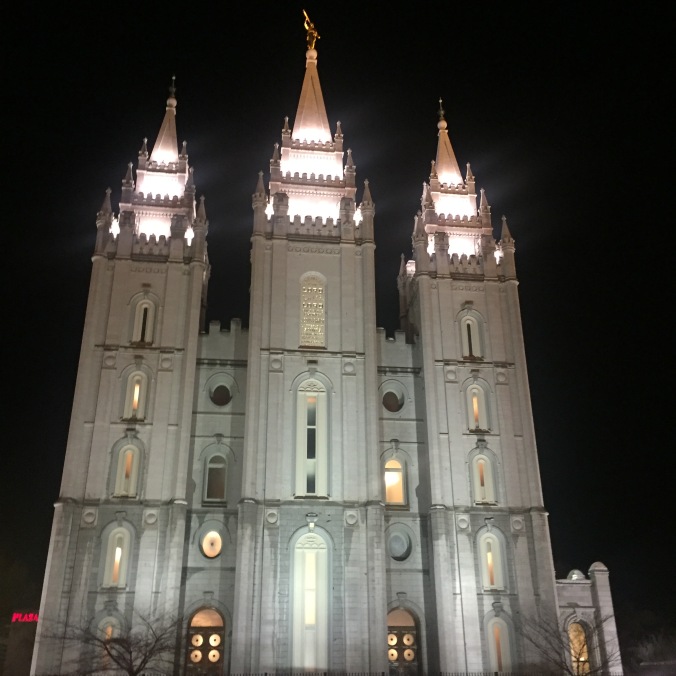 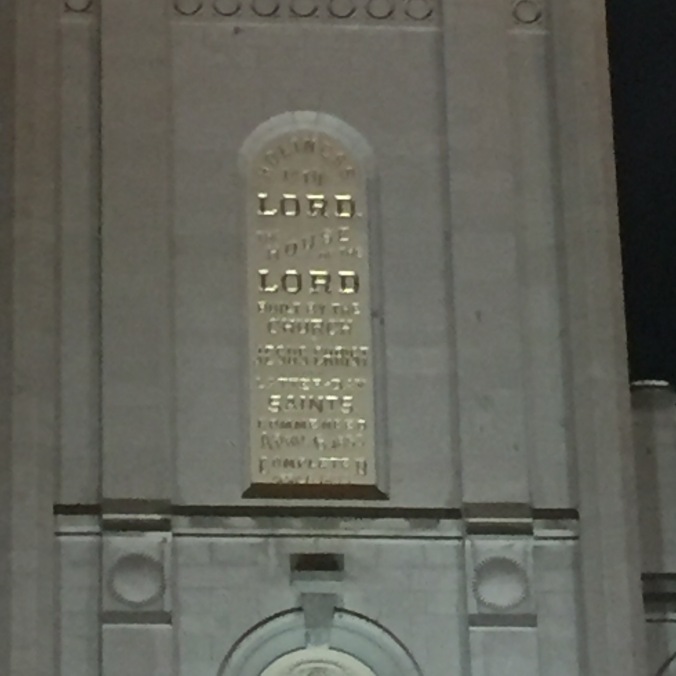 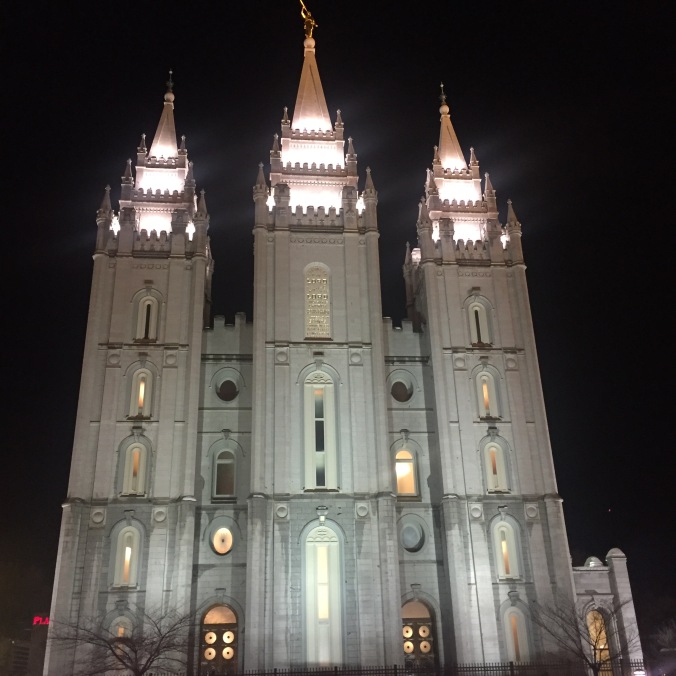 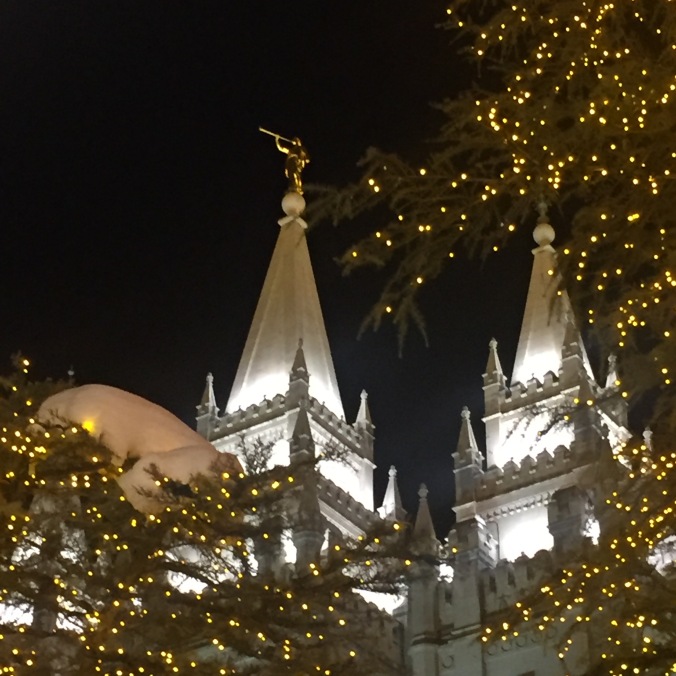 I like living out in the country, and that’s what attracted me to the tiny, rural town that I now call home. What I also love, however, is New York City. No, I don’t want to live there permanently, but I’ve always been attracted to the city’s energy. I’m keen on people-watching, and really, there is no better place on earth to sit back and watch the lives of strangers who pass by. It is totally thrilling for me to rest on a New York City park bench with a book in hand and just watch it all happen (the book is mainly there, so people think I’m reading and not watching their lives unfold). Bucket list item number 72: To stay in New York City for at least 7 days.

The night before last, I ended up at LaGuardia for work. My work overnights me right there in Queens, and since I had a more extended stay, I set plans to head into the city. Not only is New York City wonderful, but December is an excellent month to visit (just dress warmly)! My plan was to include my two crew members, but one had a sore, scratchy throat she was treating, and the other just didn’t feel like waking up. Still- I was determined to venture out on my own, as I often do.

My first stop was Bryant Park. The Christmas tree was beautiful! The holiday tunes played, and I stood by the rink, watching the ice skaters turn their circles. It was so relaxing! It reminded me of a traditional Christmas. Not my tradition, but something you’d see in a Charlie Brown Christmas special. 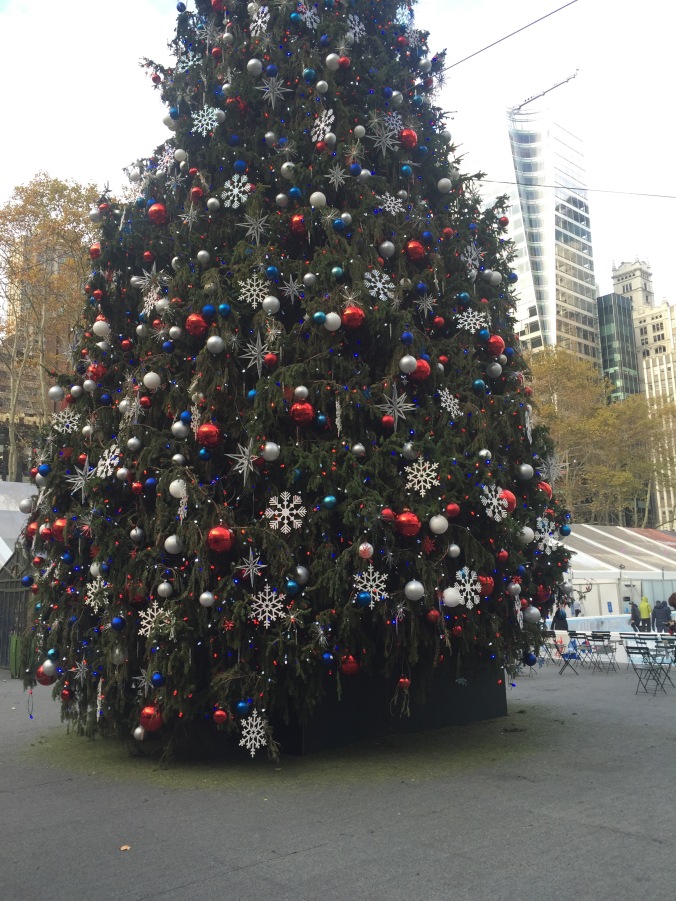 The last time I ice skated, I was so young. I visited Aunt Pam, Uncle Gary, and my cousins Megan and Bethany in Montgomery, Alabama. The rink was in the middle of a big mall, and I remember Bette Midler music being played… it’s funny which memories stick. I was tempted to join the skaters here, but I really think that this needs to be shared- whether that be with a fun coworker or a sweetheart. I really just need a witness to watch me fall on my posterior.
Winter in New York City is cold (as I’ve already mentioned)! The last time I was here, I’d bought a jacket at a downtown H&M, and even though I love this fashion choice (like I even follow fashion), the coat doesn’t cover my neck- so when I saw another H&M, I went in and bought another scarf (the last one I bought is at home in my closet). They were on sale for $12.99 or something like that.

I walked a few blocks north to the Rockefeller Center, and the scene was pretty much the same. Another ice rink, this one slightly smaller, and another Christmas tree, quite a bit larger. Again, I watched the skaters for a few more minutes.

If you have never visited New York City, and are planning a trip, make sure you go to the top of the Empire State Building. This is just something you do… once. You pay a bunch of money and ride the elevator up, and you get some breathtaking views of the city. It’s just what you do- like death, taxes, and reading my blog- it’s unavoidable. I talked to a coworker about this subject a few years ago, and they told me that I really needed to add going to the Top Of The Rock to my bucket list. I hadn’t heard about this- but, just like going up the Empire State Building, you pay them a whole bunch of money (like $35), and you ride up 68 floors (I think it was 68), and the view is incredible… I have to say, I prefer this view because the Empire State Building is part of the backdrop. Bucket list item number 79 can now be checked off my list! 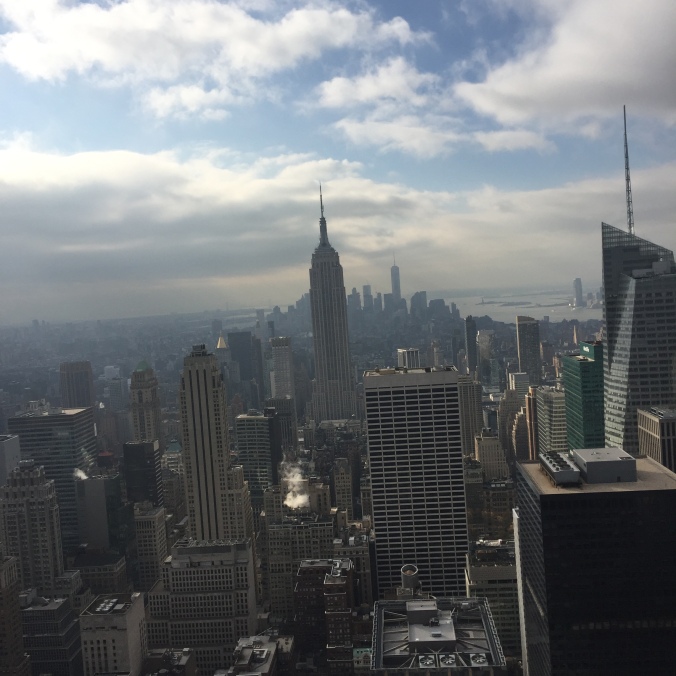 The night before, I sent a message to my friend Katie, who has been living in New York City for the last 10+ years. I met her years ago when I was living in Logan, Utah, attending Utah State University. She was touring with Michael McLean, playing the part of ‘Connie Lou’ in The Forgotten Carols. This girl can sing! I convinced myself we needed to be friends. Years of quietly stalking her have born fruit! As I have told many people in the past- I figure everybody is my friend until they prove they don’t want to be.

I told her I was going to be in town and asked if she’d like to get some lunch. As busy as she is, I was thrilled when she said she was available. I caught her in between some auditions and it worked out perfectly. I have enjoyed Japanese cuisine many times, but am thrilled to now say I’ve eaten from a bento box! It really feels like a right-of-passage. Today I am a man.

After lunch, I would head downtown with her to her next audition, but alas, my subway pass had expired. There wasn’t a kiosk available, so we hugged through bars, took an us-ie (that’s a selfie with more than one person in the picture- a word that may have been invented by my sister Melanie, but I’m not sure. I would add it to UrbanDictionary.com, but if I did that, someone would take this pure word and morph it into something sexual- that’s what they do on UrbanDictionary.com) and said goodbye.

It’s probably best that my subway pass didn’t work because it was getting later in the afternoon, and I needed to get back to my hotel to shower and get ready for work. My Uber ride back to the hotel was terrific. The man driving was originally from Western Africa. Such a nice man! We had a lengthy talk about his home, his ex-wife, who happens to be a Muslim, attending a university in France, and the parts of Africa that I should avoid once I plan a visit.

It was a great day in the city! The chaos made me hungry for more! It’s so great to learn about the little, hidden gems of New York City, and there are millions of them! I can’t wait to be back and discover some more! Here’s Katie’s cover of Heaven Is A Place On Earth– this gives you an example of how awesome she is! Enjoy!

I have talented friends.