I was bad this morning and stayed in my room until about 09:00. It was quite nice, as I had no roommates last night. Definitely an advantage to traveling in the off-season. My cough seems to have gone away during the day, but sadly, is persistent at night when I’m laying on my back. Hopefully, it’s on it’s way out. I have been drinking lots of vitamin C and sipping my herbal teas, especially when it’s cold out.

Today hasn’t been too cold, however. I decided to walk down to the water and look for a place to find some breakfast. The walk was absolutely brilliant! I love Oban! 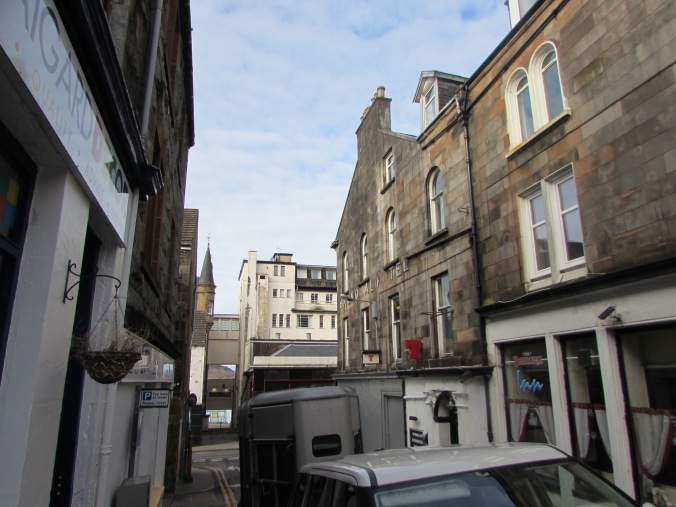 There are two things that I really love about this picture. First, the solitary house sitting on the small island. It’s secluded, but still close enough to the mainland. Such bautiful surroundings! The second thing- see the snow-capped mountain in the background? That is the Isle of Mull. This is one of the places where my ancestors are from! 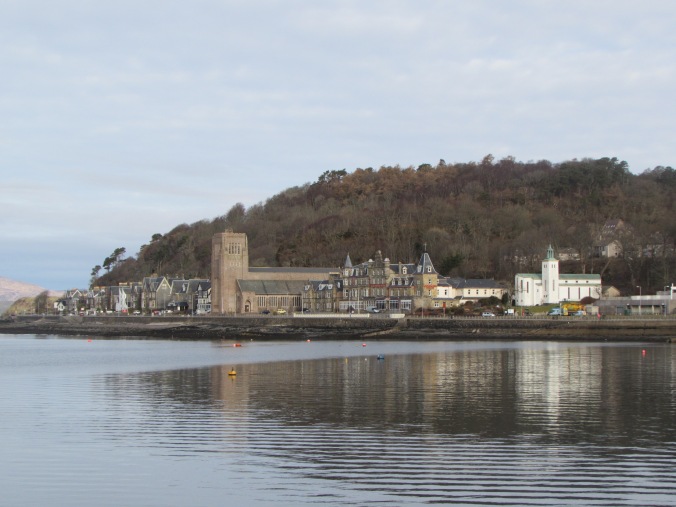 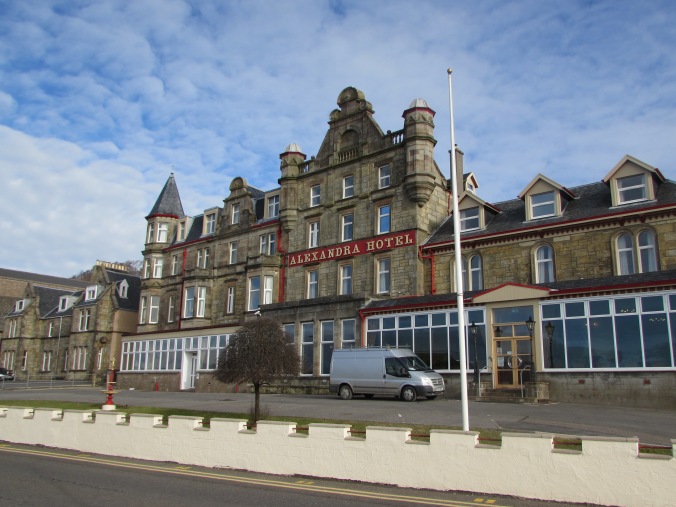 At first, my attempt to find breakfast failed. By this time, it was after 10:00 and so many places weren’t offering breakfast anymore. The early bird gets the worm and the late bird doesn’t get squat.  Then I remembered that Abbie’s Cafe, the place I had breakfast yesterday, serves breakfast all day! Score!

On my way over, I saw a place to get a haircut called Spruce. I thought it was time to go freshen up the head. The lady cutting my hair told me about her 3 sons and how one has moved out of the house to get a flat of his own. She gets to see him every 3 weeks when he needs another haircut. She did a great job cutting my hair! 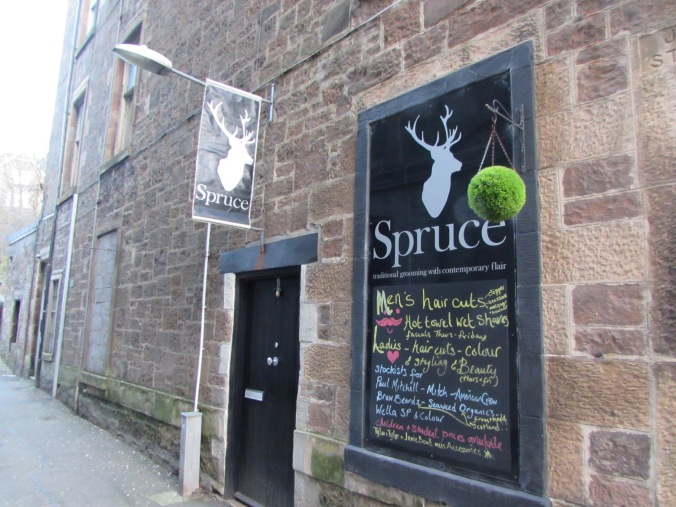 After my cut, she asked me if I wanted to try some beard oil. I got excited because I really did- I’ve wanted to try it for some time, but the places that carry it in the states are few and far between. A few weeks back I was working a flight with a bunch of Paul Mitchell students- one of the directors, who happened to have great looking facial hair, told me that beard oil is still pretty new so most guys were having to buy theirs off the internet. I think that more and more places will start to carry it. This oil smells great!

Breakfast was great! I thought I’d go non-traditional Scottish and have some pancakes and bacon. The syrup was simply amazing! I don’t know what it had in it… definitely maple, with something else added to it. Probably some scary, delicious drug.

After eating, I walked back down to the waterfront and went into the Oban Chocolate Factory. TODAY’S CHOCOLATE OFFERING: I ordered some Cuban hot chocolate, which was 70% chocolate, so it tasted somewhat bitter, but I really enjoyed it! It’s so exciting to me when someone decorates my hot chocolate. I know that coffee drinkers are used to this, but since I don’t drink coffee, it’s a rare thing. Still, this is the most beautiful hot chocolate I’ve ever sipped. I almost wanted to cry (not really, but you get the point). 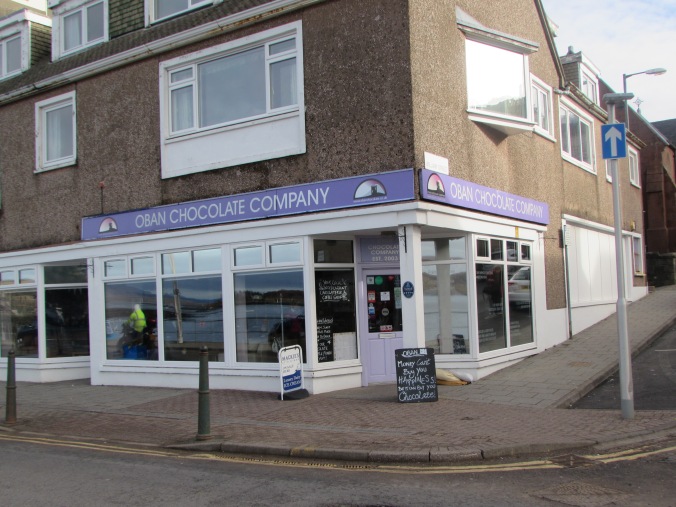 I was so tempted to go take a look at the Oban to Mull ferry schedule, but sadly this will have to wait. I’m meeting the missionaries at 18:00 tonight and taking them to have some dinner. I’d hate to miss the opportunity to meet and chat with them. A lifetime ago, I was doing the same thing- out and about for 2 years, serving others. It doesn’t matter what YOU choose to believe, religiously or otherwise. The fact is this: To give up your “real life” for two years and get lost in serving others, is highly commendable!

I just got back from dinner with the missionaries. We had a great visit! They told me a lot about what serving in this area is like. The Oban area is pretty much the western third of Scotland so they have a lot of ground to cover. They told me that the mission president wants them to focus on staying in Oban for now. Elder Crockett (left) is from Roy, Utah and Elder Atkinson is from Malad, Idaho. Both seem like great missionaries!

Back to the beginning of Scotland 5 | Forward to Scotland 5: Day 8