I really enjoyed two out of three of my hostel mates last night. One was the guy I already talked about, the Ukrainian who lives in Greece, the second one is a guy who joined us just yesterday. He’s from Germany but is staying and working in York at the moment. Both of these guys are in great shape. I’m almost inspired… almost. I’m in better shape than I used to be, but I still have a lot of work to do.

The third hostel mate was a girl from Taiwan. She more or less kept to herself. I tried to strike up a conversation, and even though I could tell she spoke good English, she just wasn’t having it for some reason. I would blame America but she wouldn’t really talk to the Ukrainian or the German either. I love it when it’s not personal.

I’m now on my way to my next stop, which is Pitlochry. I love this little town! This will be my second visit here. The first time I visited was simply because I’d remember seeing it from the train, heading north to Inverness. I wondered what it was all about… when I did finally stay in Pitlochry, I discovered that like most places in Scotland, it was great!

The hostel I stayed in last time I was in Pitlochry is either full or not open for the tourist season just yet. Since I couldn’t find any accommodation when I was booking, I had to use AirBnB and had to fork out some extra money. The good news is that it’s already paid for- so they aren’t going to charge my card. So many of the places I stay only take 5% down and the rest when you arrive. I don’t appreciate this because it’s so much nicer to pay for everything in advance. 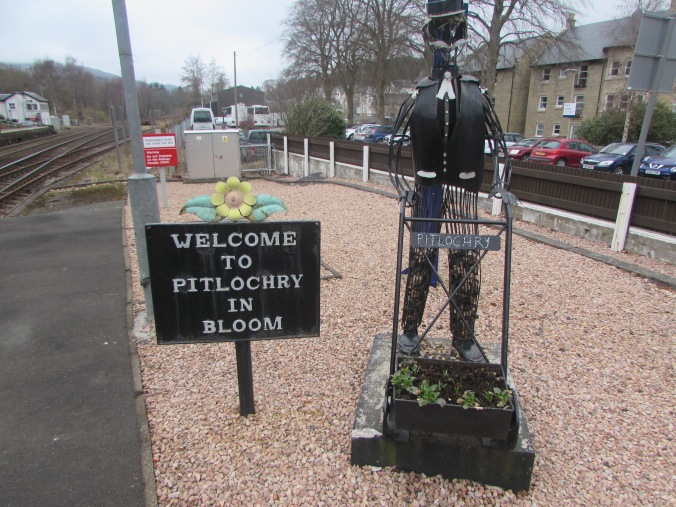 Pitlochry is as lovely as I remember. It is a dinky little village but so much beauty all around! I look forward to the next two days! For dinner, I walked around town, looking for something promising. Since it was just before 17:00, so many restaurants weren’t open yet. I hadn’t had anything for lunch, so by this point, I was searching hard. I finally found a pub/restaurant that seemed to have great food, even if the service was horrible.

I ordered a steak pie. I’m looking forward to having a REAL steak pie, that is baked in a crust. So far, however, it’s only been steak pies that are in the pot, and they lay some puff pastry over top. That’s cheating. The last real steak pie I had was in 2014 in Brisbane, Australia. Still, this one was a tasty fake- steak pie! 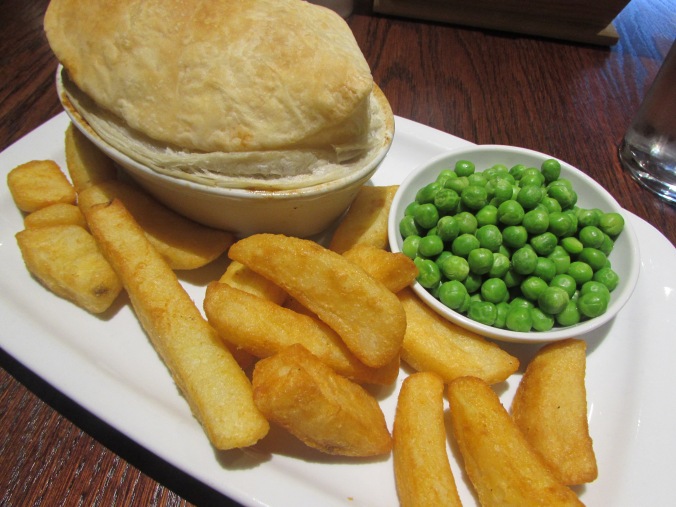 Back to the beginning of Scotland 5 | Forward to Scotland 5: Day 17