I stood in front of the hotel in Charleston, South Carolina, wondering what was taking them so long. Sometimes a crew member is running behind, but it was odd that both pilots and the other two flight attendants hadn’t shown yet. Then it dawned on me that I wasn’t supposed to lobby for another hour. I went back up to my room, stripped out of my uniform, and watched 40 minutes of CMT and VH1.

This afternoon I ended up in Birmingham, Alabama. Today is Cinco de Mayo! To celebrate that fact, Michelle, Kerin, and I wandered down the street to a restaurant called Cantina Loredo. The food was excellent! The atmosphere was posh! The background music was some new age classical that was on repeat (I’d have preferred a mariachi band). The service was meh. We’re guessing that our server was the new guy. His forehead was sweaty the entire time (I was tempted to reach up with my napkin and wipe him down), and he really didn’t listen to a lot of what we were asking for. I think he was just overwhelmed.

Even though this was the case, the food was delicious! For appetizers, we had chips with queso, and they made some fresh guacamole tableside. This was awesome guac! Michelle ordered a salad that seemed to have as many chips as it had lettuce, Kerin had a healthy-looking enchilada plate, and I had the fajitas. Bacon-wrapped shrimp! Need I say more? 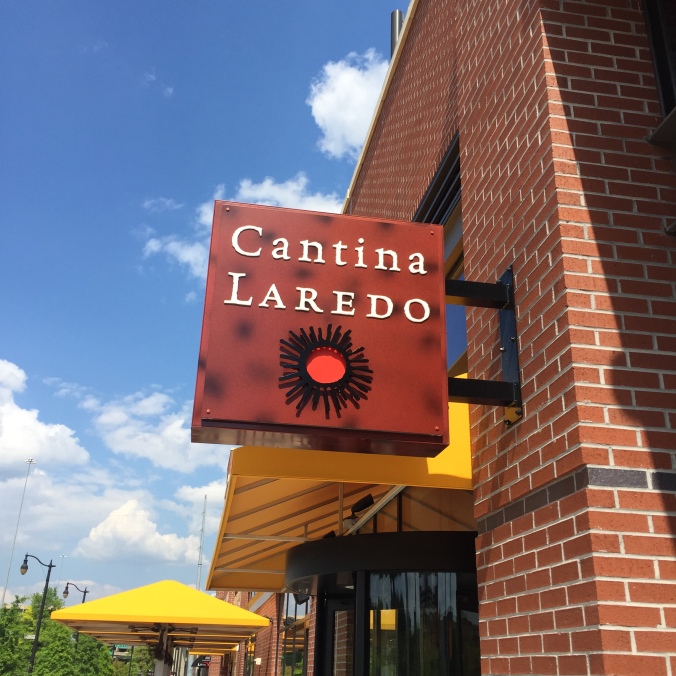 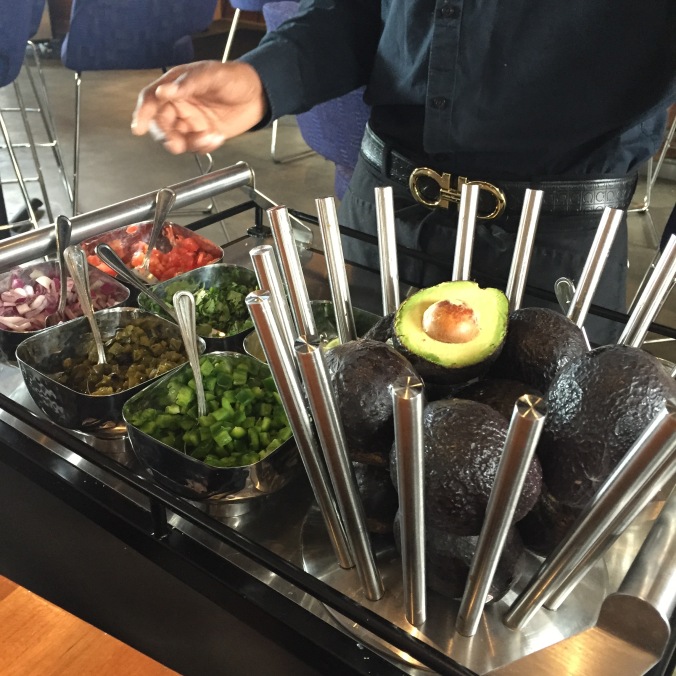 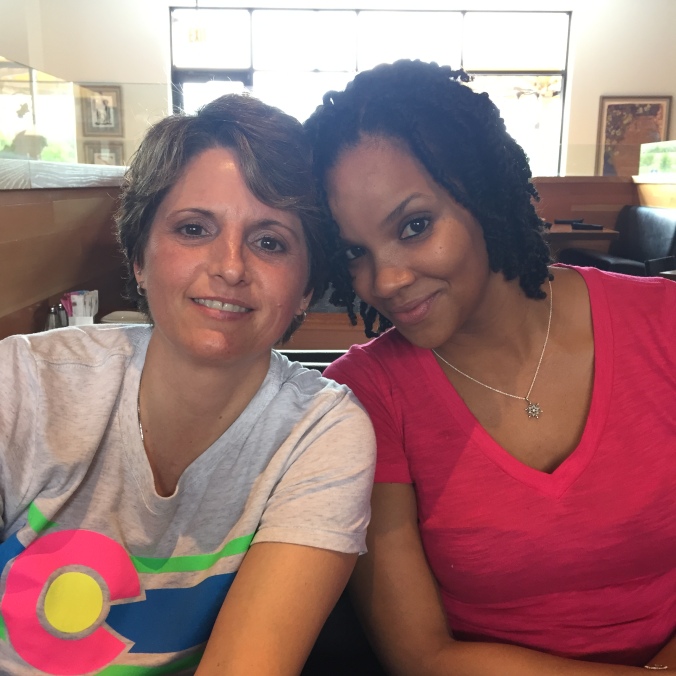 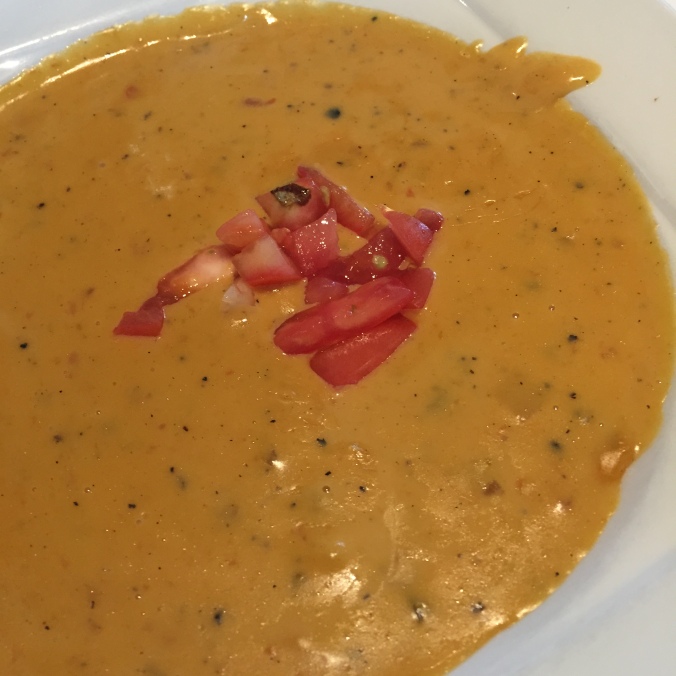 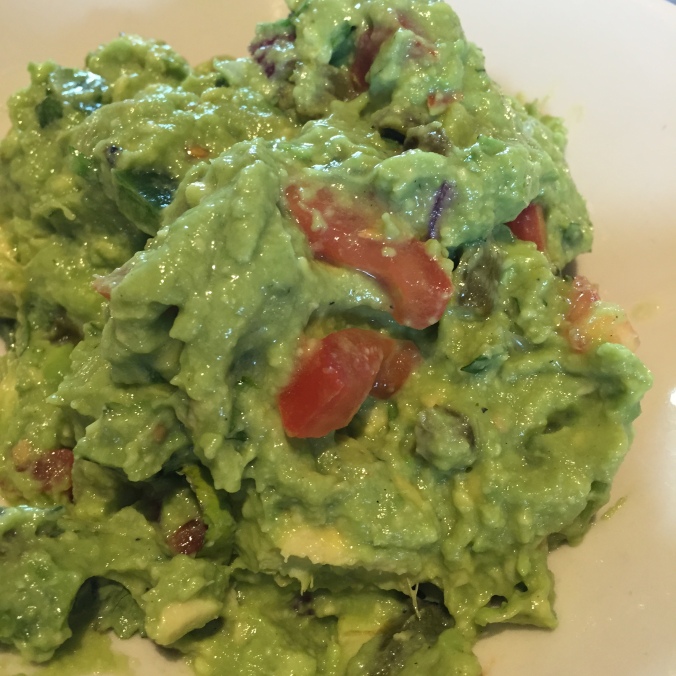 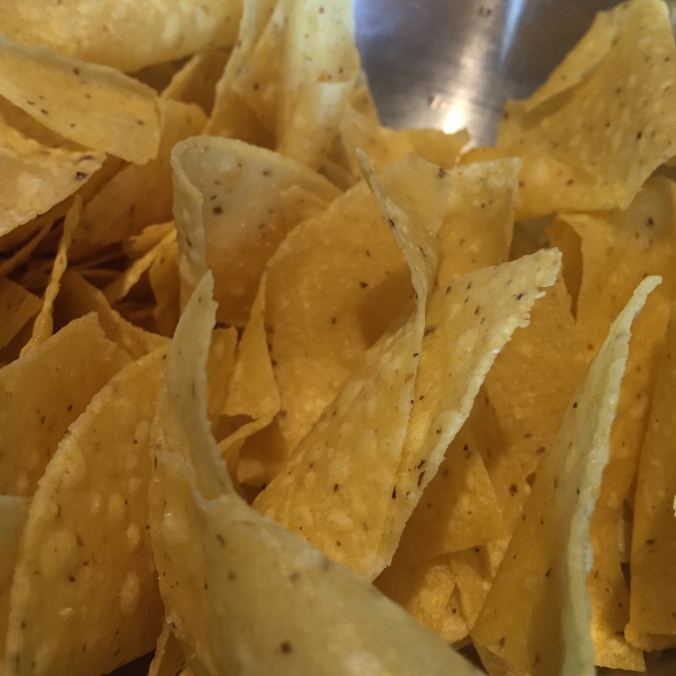 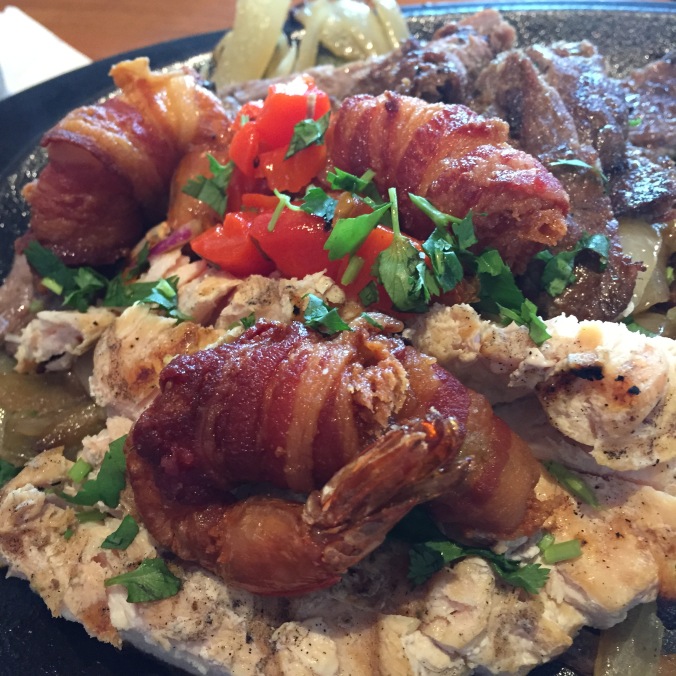 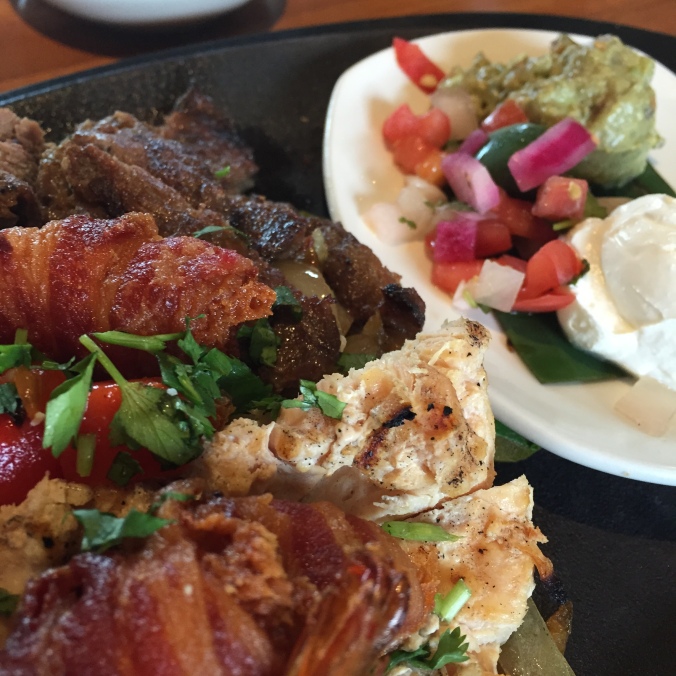 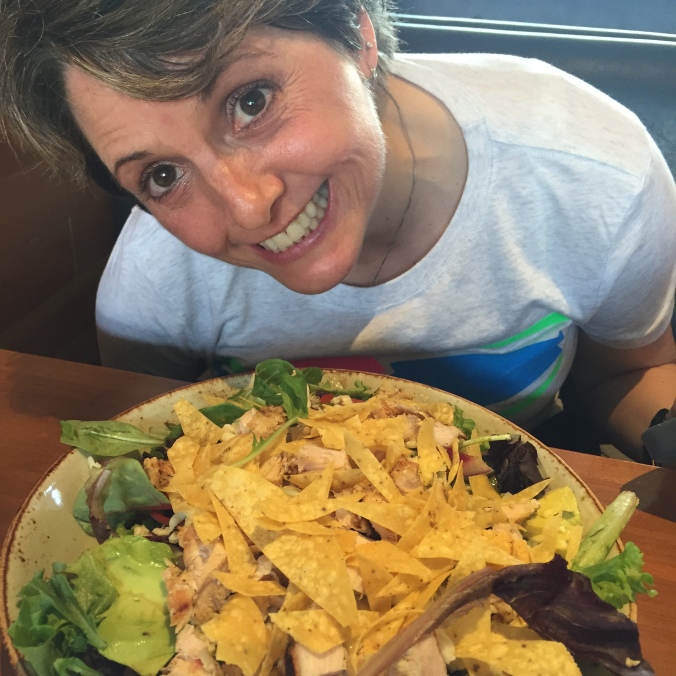 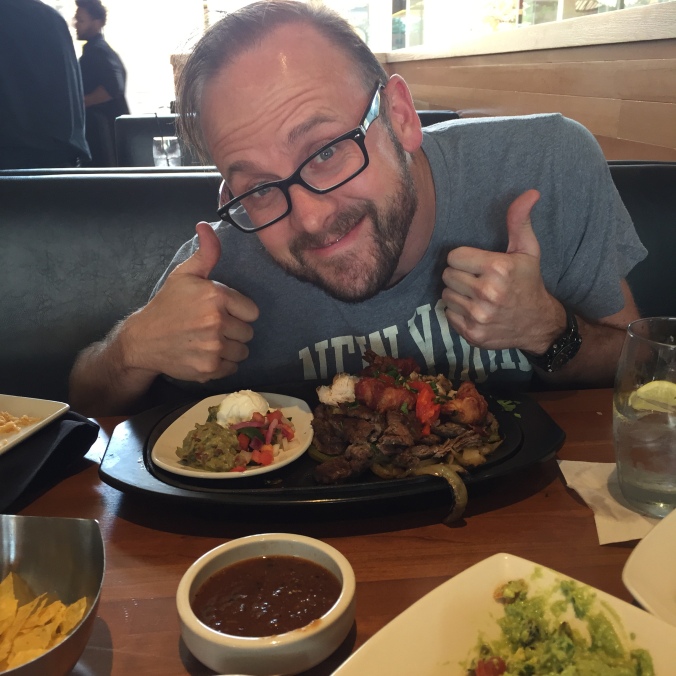 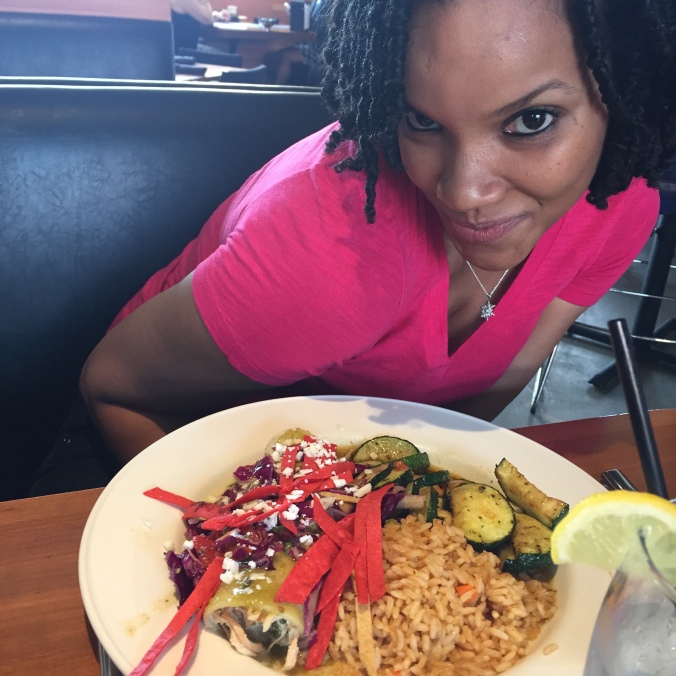 This has been a wonderful and memorable work trip and a great crew! The pilots we had for the first two days were hilarious. Michelle is always a riot to have on my trip (you should take her on the karaoke circuit in Nashville). Even though this is my first time working with Kerin, she is an adorable and fun girl! She is originally from Kingston, Jamaica, and so she talks with a very sexy accent! I look forward to getting more trips with her in the future!