I’m sitting at the crashpad, chatting with Victor, one of our newly hired flight attendants. The boy talks a lot, but he passes the test since he seems to be very kind. This is his second month at the airline, and he was just telling me about his hellish commute from Oakland to Denver last night. The poor boy almost got stranded at LAX. Even though he didn’t land until the wee hours of the morning, he still made it.

His stories brought back many memories from just over 10 years ago when I too was new to this world of traveling for a living. I am the first one in my family to travel for a living and it’s been a great ride. It was new, fun and exciting, but nothing compares to what it is now. Like any job, after awhile the longer you’re a flight attendant, the better things can be. That is the case if you love what you’re doing. As great as it was, I wouldn’t go back to those first days for anything. 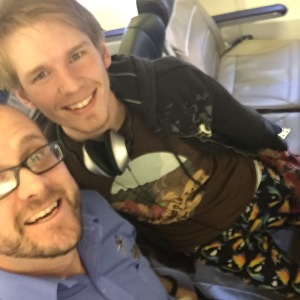 Today I worked a flight from Denver to Salt Lake City and I just met my very first “Brony”. If you’re not familiar with this word, this is a bunch of guys who follow the My Little Pony cartoon. This is a legitimate movement as I’ve even seen a documentary on this very subject. Some people may think it’s dumb, but it’s just like any other hobby- some people go crazy for Comic-con (or is it spelled ‘Comicon’? Not sure. I believe my cousin Megan went to one in Salt Lake City this past year). I believe this is similar to that. Anyway, Jordan is this guy’s name. He was flying back to Utah where he attends BYU.