New York City really isn’t New York City unless you stop to buy a hotdog from a guy on the street. For me, it’s always the same: a sausage (they’re larger and spicier than a regular dog) with sour kraut and mustard. There is simply no better way to eat a dog on the street! Your argument is invalid.

Today was a day for two musicals! Months ago, I bought tickets to Waitress, but it was for a matinee’. I had the night free and decided that it was best to go see another musical. I discovered this terrible app called TodayTix. The reason it’s terrible is that it takes the unsold, or returned tickets to events and sells them to you at a fraction of the price. It’s usually a good deal, but I noticed that some of the prices weren’t really deals at all. A few clicks and swipes and I was also finally able to see Miss Saigon! 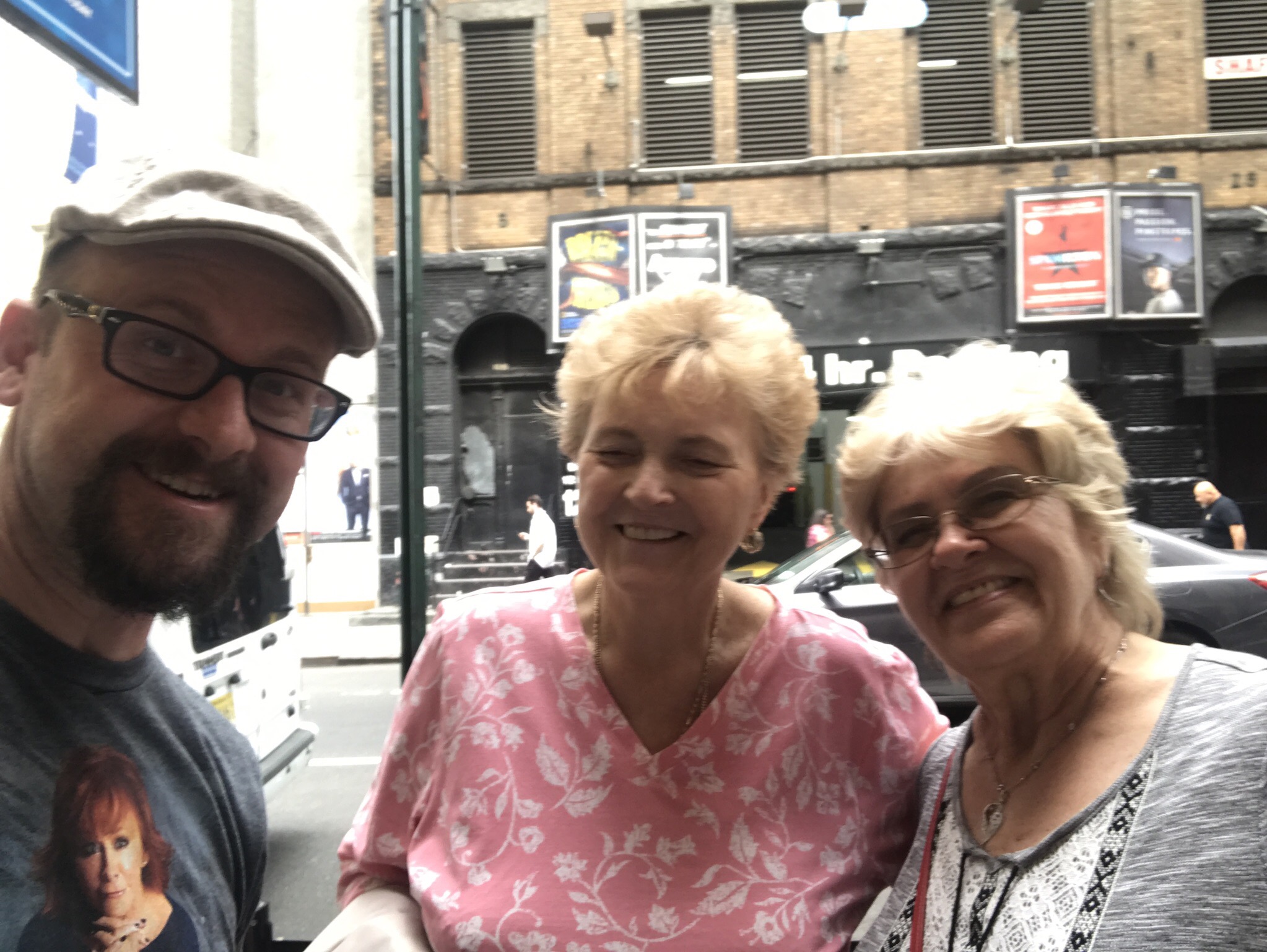 I met Evelyn and Elaine while waiting in the Waitress line. They are with a senior citizen group and are from Long Island. 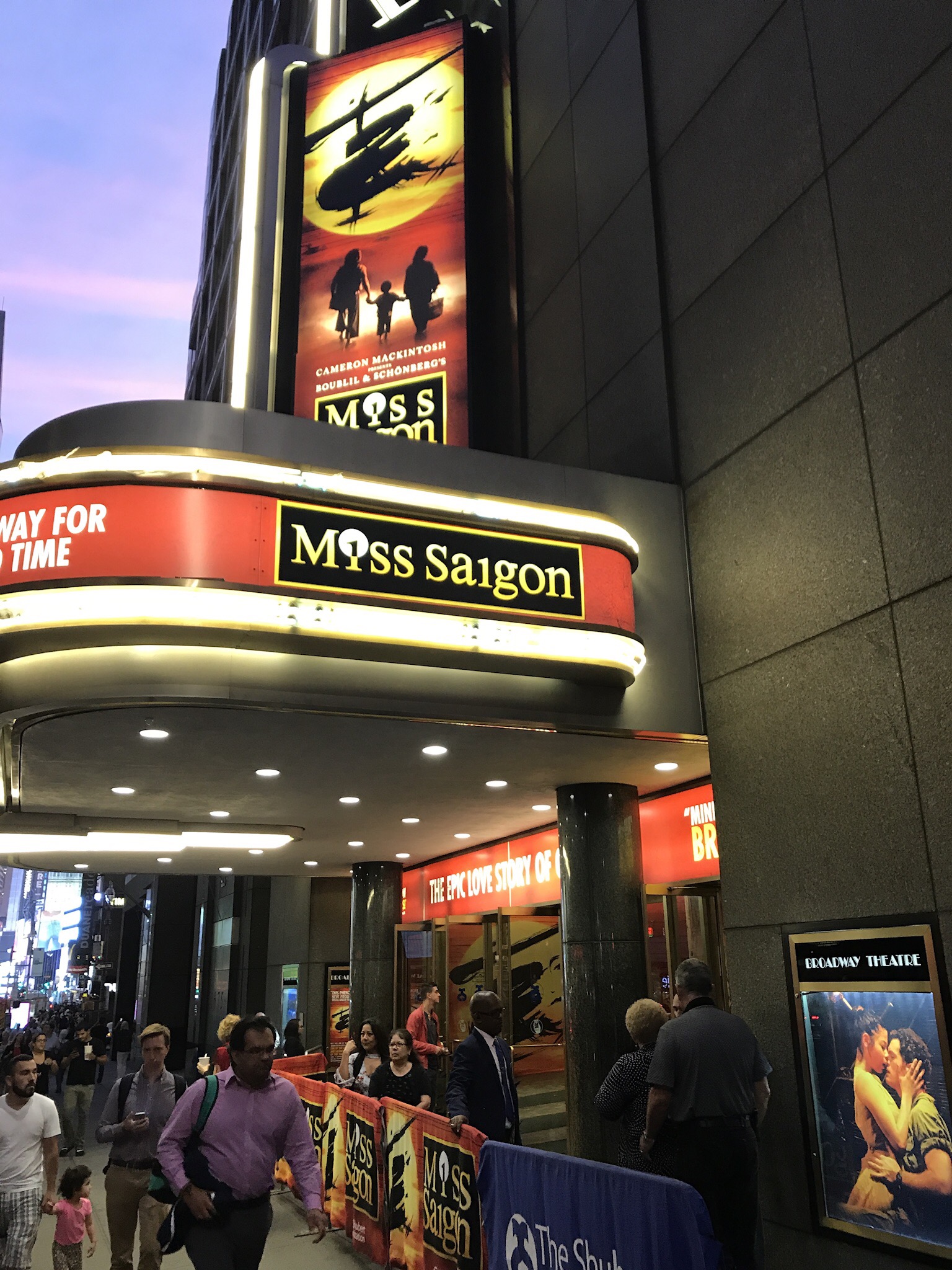 Dinner was at a Mexican restaurant that was decent at best. You can always tell if the food is going to be good by how the chips and salsa taste at the beginning. My salsa was weak, probably closer to ketchup than an actual salsa. The main course was a little better, it was some kind of fish with plantains. I would order it again, but I just wouldn’t get the chips and salsa there. No, I don’t remember the name of the restaurant. 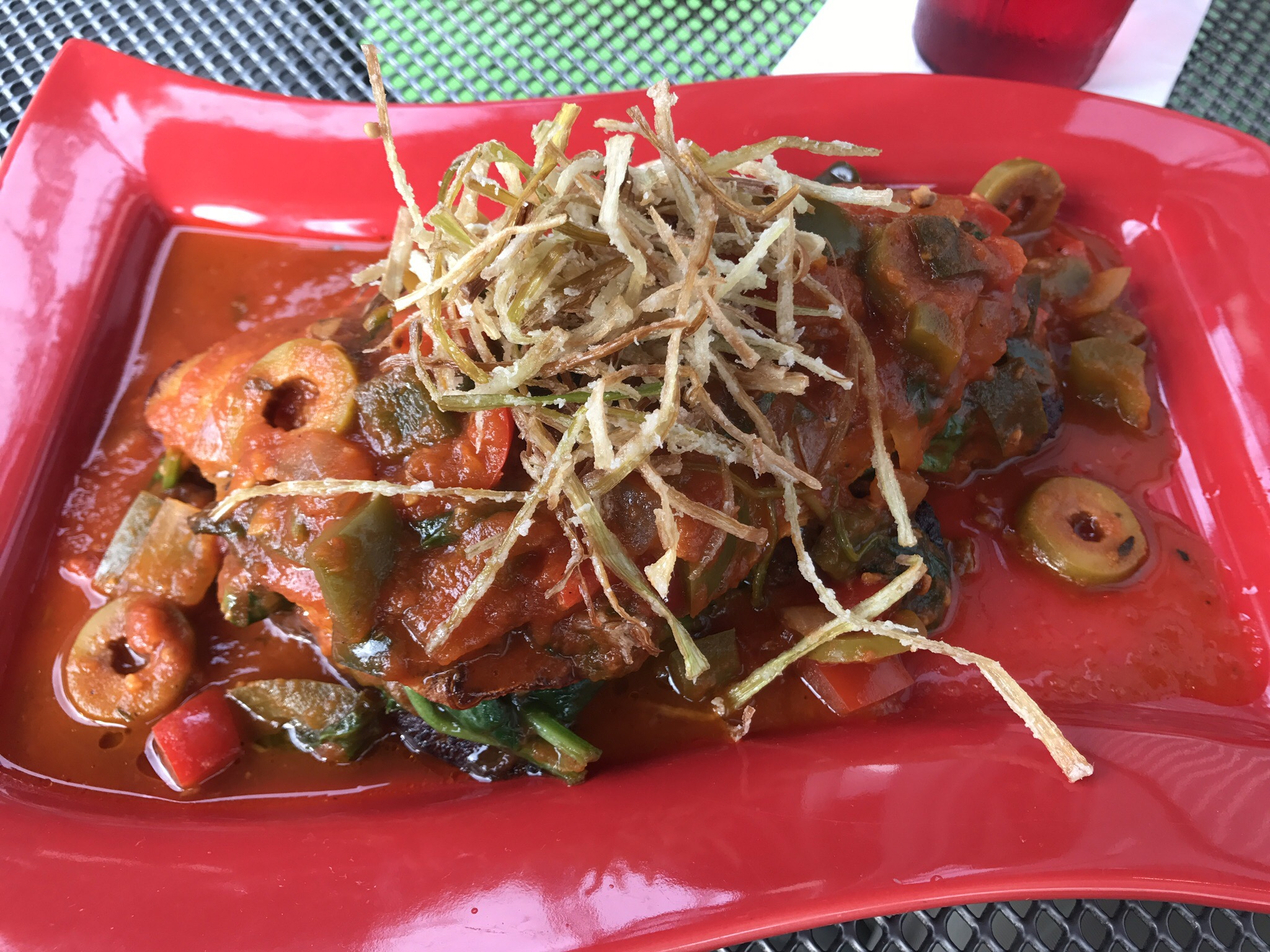